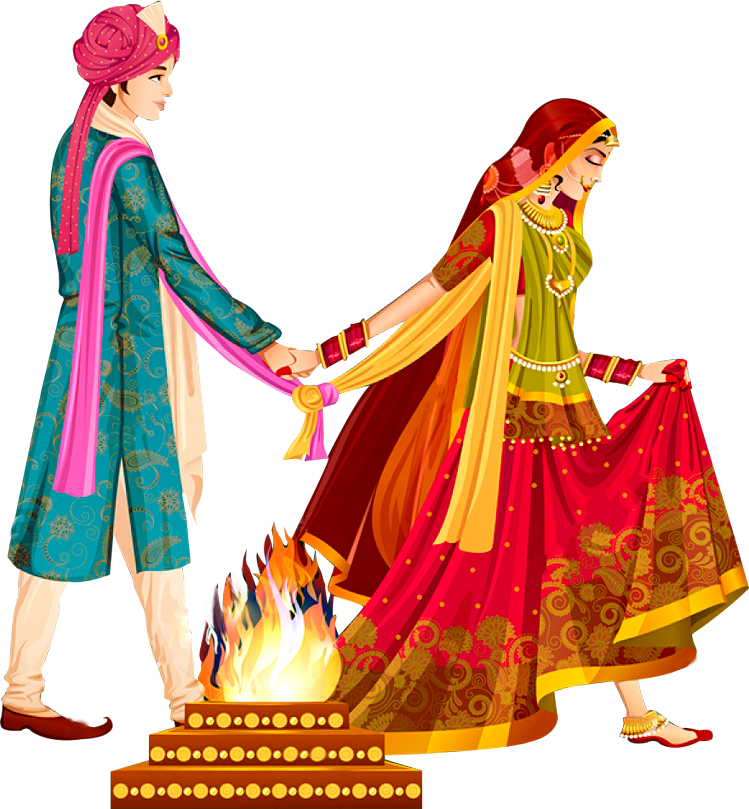 Marriage is the most important pillar of Vedic Dharma. " पत्नी त्वमसि धर्मणा अहं गृहपतिस्तवः" The word dharma is in the centre of this mantra in order to bind both the nouns that refer husband and wife. The groom states here “If I am the husband and you are the wife, it is for the sake of dharma and not for beauty of for wealth.” Therefore in the Vedic Dharma the words pati (husband) and patni (wife) always have the qualifying word dharma, such as dharmapati and dharmapatni. The roots of the sanskrit words pati and patni has the same meaning "to protect". Pati means protector and Patni also means protector. The question arises, to protect what?

Well, it is simple. Both the words are preceded by dharma, which naturally refers to the protection of dharma. There both, husband and wife, pledge to protect dharma. When man found that being alone he was weak for this task, of Protection of Dharma, he sought the help of a woman and made her a Partner. In this way it becomes the duty of the wife to realise that it is her responsibility to help her husband, in carrying out the vows of his dharma. When the King Janaka offered the hand of his daughter Sita to Shri Ram he said
"इयम् सीता मम सुता सहधर्मचरी तव "
Meaning: This my daughter Sita will carry out the duties according to your dharma." Thus the relationships depending only on looks and wealth do not become permanent, only those based on Dharma alone are permanent.

How is Arya Samaj marriage solemnised

Arya Samaj marriage rituals are very simple and straight. Based on Vedic principles, all the hymns spelled during marriages are explained to the bride and groom. The marriage is just like Hindu marriage, marriage is centered around fire and is observed as the transition of wedding couple from Brahmacharya to Grihastha Ashram.

Who are eligible for an Arya Samaj marriage

An Arya Samaj marriage takes around 1-2 hours for the completion of entire marriage. All one needs are basic paper requirements, two garlands, and sweets! The wedding rituals involved in marriage are:++

If you got married under the Arya Samaj Mandir then get this marriage registered under section 8 of the Act by the Marriage officer/Registrar of the district/state, where this marriage took place.

Advantages of Marrying under Arya Samaj customs and rituals